Whales and sharks swim around Zagreb 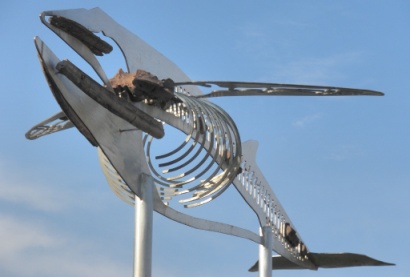 Travelers who come to Croatia mainly go directly to the sea, because it is the first warm sea of the Mediterranean, looking from the North of Europe. They want to enjoy the charms of the Mediterranean, bringing together the tastes and smells of sea and shore, creating relaxing experience. Zagreb is usually just brief city-break station. I’m keen to change your mind.

Would you say I’m crazy if I say Zagreb is also a sea destination. Whales and sharks swim around the city. And subtropical climate helps the growth of palm trees, olive trees, laurel and cinnamon. Really?

Weeeeell, depends on the angle. On city main square, whale just passed, swimming in Pannonian Sea, but – approximately 13 million years ago. Mesocetus Agram (Zagreb whale) stranded in Podsused district. Its bones are kept in the Croatian Natural History museum. Fish bones, palm and olive leaves, past has saved under the earth surface and now can be found only in a fossil form. Tropical climate has withdrawn, the Pannonian sea disappeared, but very interesting evidences are still visible.

Grapes grow in the city, delicious wine is made 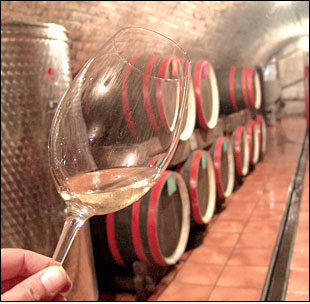 If you are wine-lover, such statement might be heretical: “Drink wine from grapes grown in the city? No way, soil and air are too polluted.” Fortunately, the eastern border of Zagreb is still covered with fields, meadows and forests. And, like miracle – the vineyards. Some locals kept their century-old vineyards, refusing to abandon tradition of wine making. Downtown area was ‘big belly’ and people from the suburbs supplied it with fresh food and wine. Nothing changed, so far. Zagreb winemakers are joined together in a new wine road of the City of Zagreb.

Wine in Croatia has a long tradition. The continental part of country can thank Romans that we have this ‘noble’ drink on our tables. South Croatia (islands of Korcula, Vis, Hvar) received the wine-making culture earlier, with arrival of colonists from Greece.

Finding a good spirits of Zagreb is not easy – it’s a little bit hidden. It is necessary to dive deeper and go sideways to hear stores, which slowly fade into oblivion.

The Mediterranean city that is not at sea side

What many city guests wonder while walking down city center is a big number of people on the streets, squares, terraces of cafes. Only one ray of sun is enough for going out, walk or have a cup of coffee in the numerous cafes. Clear evidence that Mediterranean mentality is part of Zagreb lifestyle. Perhaps the easiest way to describe this custom are just two words: Easy. Tomorrow.

Also, here no one likes to wait in line, which often causes the tense situation and is attributed to remains of the Balkans. Many such small details separate Zagreb from the mid-European cities of similar architecture (Vienna, Budapest). Residents see city streets, squares as a large living room where they sit, watch, discuss, quarrel, laugh, curse. If you hear Zagreb is a city with million hearts, be sure that half is somewhere out and you never know whom you’ll meet.

Like any other metropolis has tons of untold stories, which you will not find in brochures and print guides. They are hidden in the block back yards, blind alleys, bohemian bars stuffed with urban creatives and intellectuals. These hidden stories, like some magic, have grown together with the walls, sidewalks, parks. Even people who live in the city no longer recognize them.

Introducing Zagreb is hard to imagine without tasting food and drinks. Through stories, fun, interesting and specialized themed walks, dive in under Zagreb surface with all your senses.